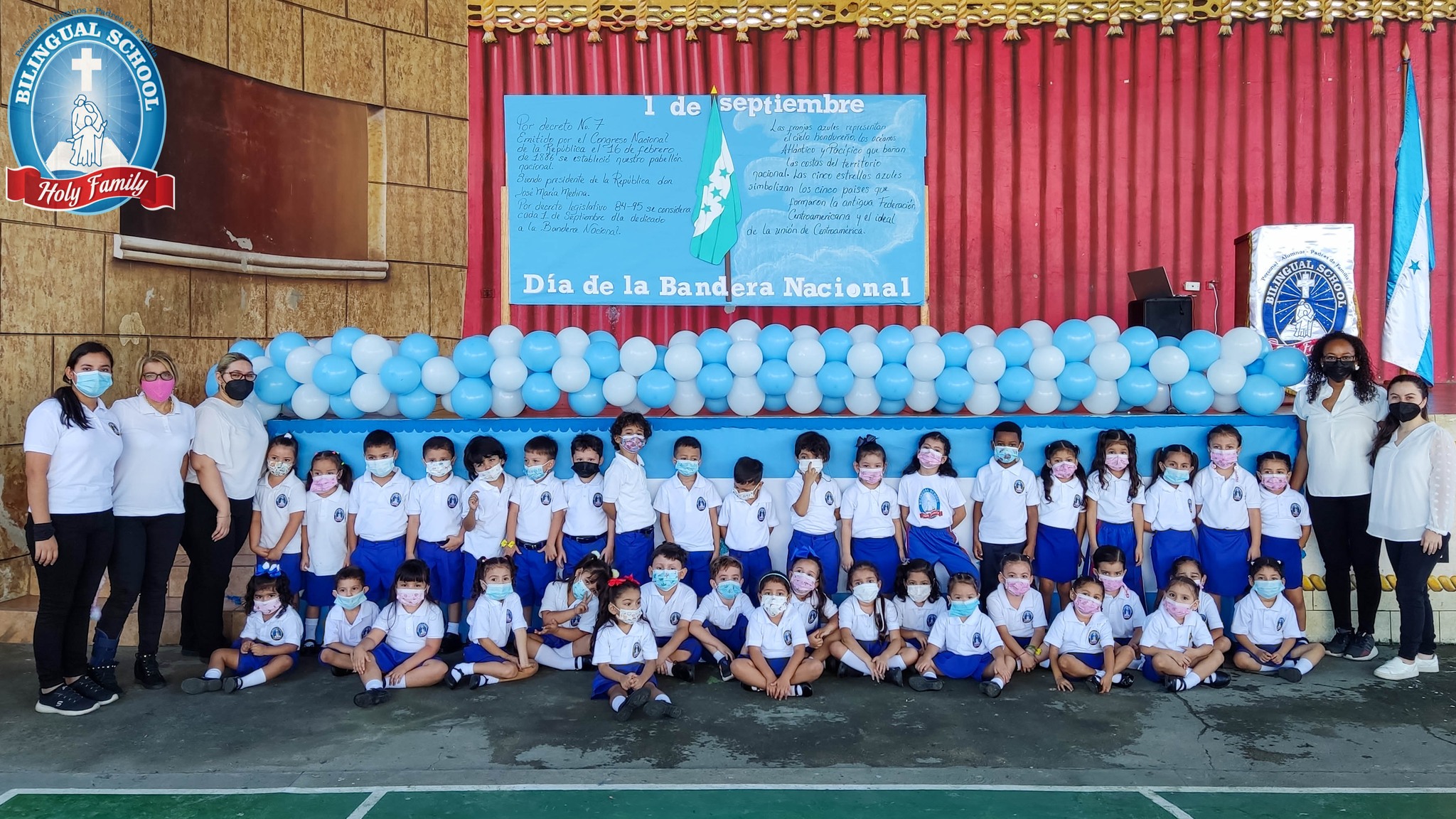 September 15 is a day of national pride for all Hondurans. It marks the 201st anniversary of their independence from Spain. Our Little Roses would like to celebrate with you!

In this post, we will talk about the history of Honduras’ Independence Day, how we celebrate it, and how the tourism it brings helps to positively affect the community.

The History of Honduras’ Independence Day

In 1821, after centuries of Spanish rule, Honduras gained its independence, becoming part of the First Mexican Empire until 1823, when it became part of the United Provinces of Central America. A key figure in the Independence of Honduras was Augustin de Iturbe, a general and politician who laid out a treaty for a Constitutional Monarchy for “New Spain” (present-day Mexico, Honduras, Guatemala, Nicaragua, & Costa Rica), with the caveat that the King of Spain, Fernando VII, move to Mexico to rule the land. While this did not directly declare independence, it paved the way for the creation of a new independent government.

Realizing Spain had lost control of its colonies, they signed the Treaty of Córdoba, on August 24, 1821, in Córdoba, Veracruz, Mexico, recognizing the independence of the Mexican Empire. The Central American Colonies followed suit with representatives of the more influential Colonies signing their respective declarations of independence on September 15, 1821.

How Independence Day is Celebrated in Honduras

Every city and village in Honduras celebrates its Independence day with parades, princesses, marching drummers, and folk dancers. Many of the country’s Secondary Education Institutions march in a great festive show, since it is a tradition that is celebrated every year. The Honduras independence Day parades attract thousands upon thousands every year. This tradition dates back to the 19th century.

The Honduran air forces perform stunts in their jets, typically culminating with a parachute show landing at Tiburcio Carias Andino Stadium, the home of Honduras’ national football team for many years. The stadium is located in Tegucigalpa, Honduras, and was opened in 1948 by president Tiburcio Carías Andino.

Singing of The Honduran National Anthem

At 12 noon, it is customary to sing the national anthem. Public and private educational institutions set aside the time to participate in the singing of the anthem in unison across the country.

A salvo of  21 cannon shots is held annually at Cerro Juan A. Laínez in Tegucigalpa. These are held throughout the 15th of September. This tradition dates back to the 14th century. 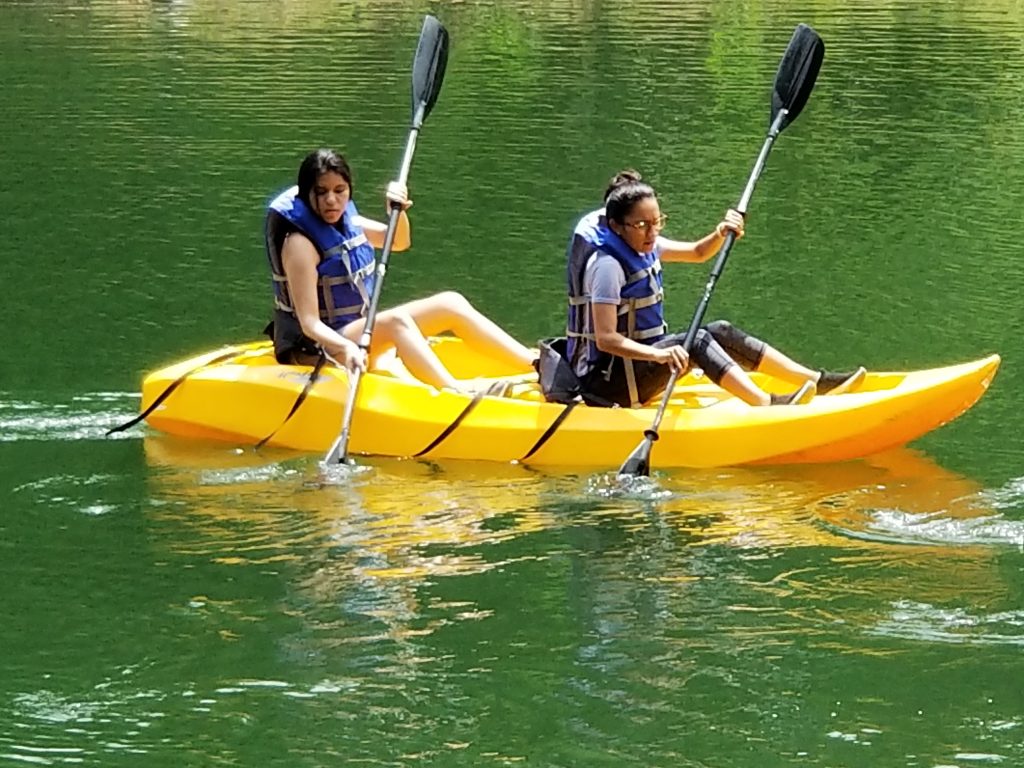 Honduras Independence Day is one of the biggest attractions the country has annually, drawing tourists from around the world. This has an overwhelmingly positive impact on the economy, bringing in money to the country and small businesses located therein as well as exposing the locals to various different cultures. 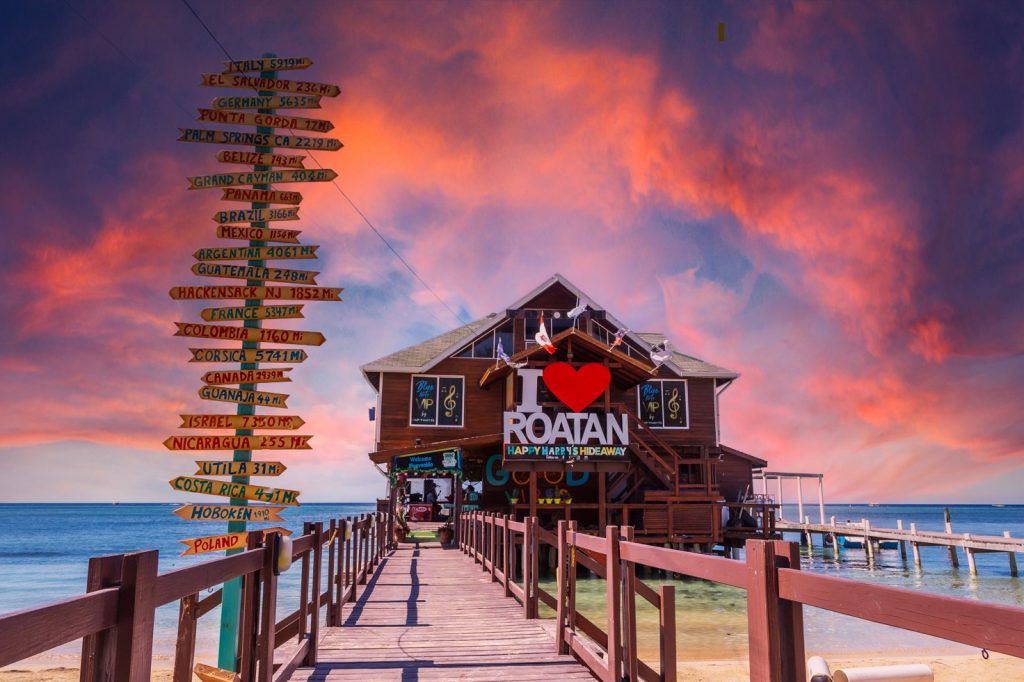 Tourists are drawn to the spectacle of Independence Day celebrations and take in many other beautiful sights that Honduras has to offer. One of Honduras’ biggest attractions is Roatan, a beautiful, scenic island off the northern coast of the country. Roatan is home to part of the beautiful Mesoamerican Barrier Reef, the largest in the Caribbean. Roatán has become an important cruise ship, scuba diving, and eco-tourism destination in Honduras, drawing the majority of its money from tourism. 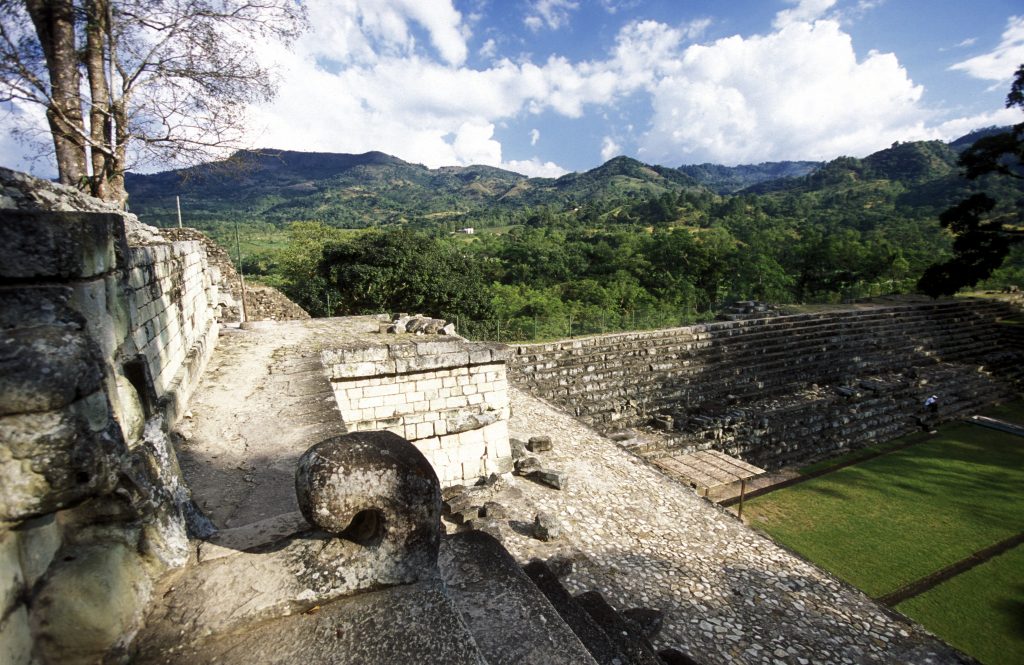 Many visitors also seize the opportunity to take in the historic Mayan Site of Copan. One of the most important sites of the Mayan civilization, it was discovered by Diego García de Palacio in 1570. Once functioning as the cultural and political center of the southeast portion of the Maya area,  the beautiful ruins of Copan consist of a large complex of overlapping step pyramids, plazas, and palaces. It is the picture of Mayan beauty, perfectly restored. 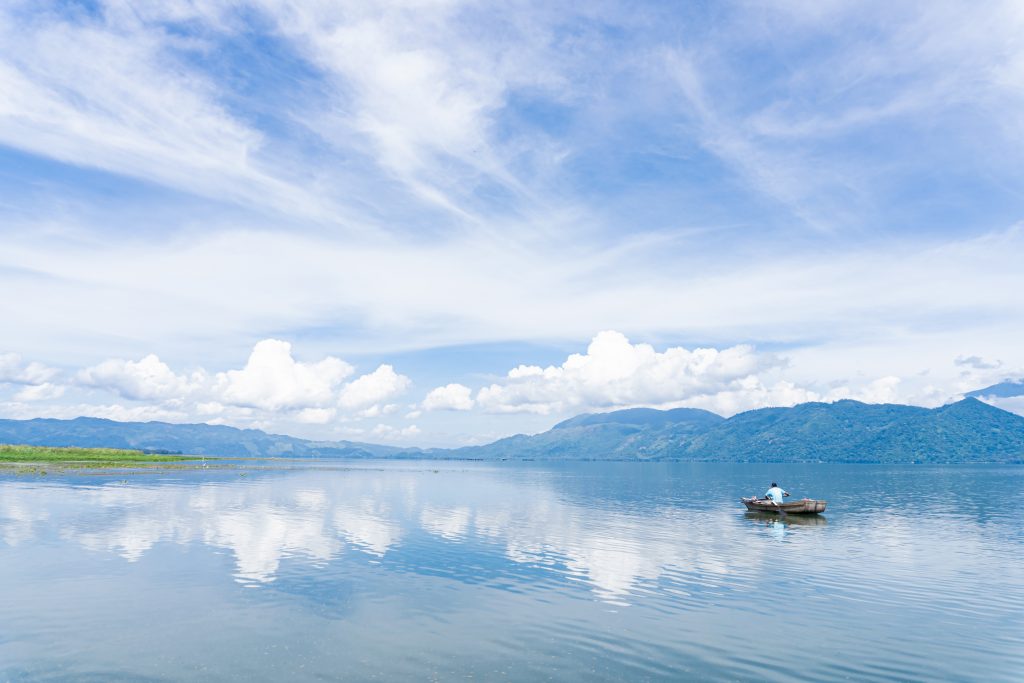 Another great attraction is the Lake Yojoa region of Central Honduras in the rural village of Los Naranjos, home to D&D Brewery Lodge & Restaurant. A collection of the beauty that nature has to offer, waterfalls, national parks, hikes and walks, caves, and a beautiful lake are all located within walking distance. 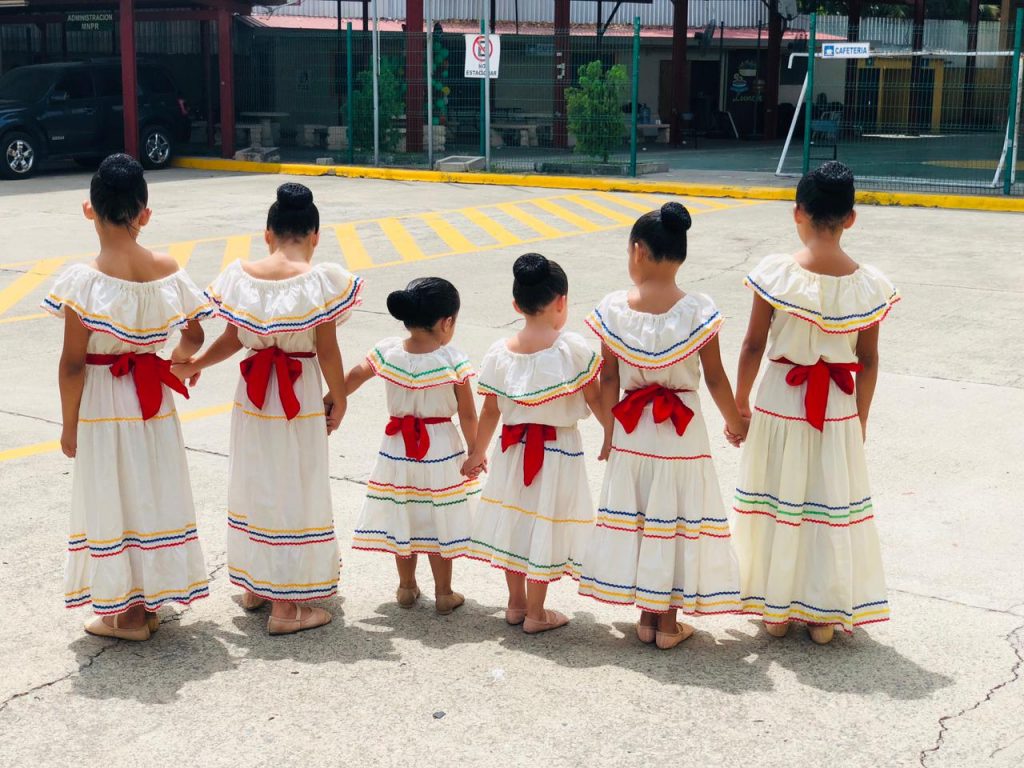 As a proudly Honduran organization, Our Little Roses is thrilled to take part in the Honduras  Independence Day Celebrations and parades. Cultural history is a very important part of life at Our Little Roses. From learning historic dances to the art of woodcarving, Honduran culture and pride is an integral part of life at OLR. Through the support of our donors, the 70+ girls in our care are able to travel during school breaks to visit historic and culturally relevant areas of this beautiful country.  Our girls come from all over the country so it is important to us that they have the opportunity to learn their history.  We have girls with Miskito heritage from an area that extends from Cape Camarón, Honduras to Río Grande de Matagalpa, Nicaragua. The Miskito have their own language, dances, food, and traditions that add to the richness of the Honduran culture. Over this past year Our Little Roses welcomed a new girl from this area who is having fun teaching us all about her wonderful culture.

The Garifuna culture from the northern coast is one of rich drum and dance traditions that the girls love to learn about.  One of the young women at Our Little Roses is of Lencan descent.  In this culture it is the women who are the skilled artisans of a very unique handmade pottery, using techniques handed down from mother to daughter through generations, dating from pre-Columbian times. Authentic Lencan pottery can be found only in Honduras and is very unique.

We wish all Honduran people the very best on this joyous day of national pride. Our Little Roses is located in San Pedro Sula, Honduras. We are committed to providing girls with the best education available and taking them out of abusive and dangerous situations.  With the pillars of faith, love,  justice, and respect, we build a better future and empower the girls of Honduras to be the leaders of tomorrow. Contact Our Little Roses to learn more today.