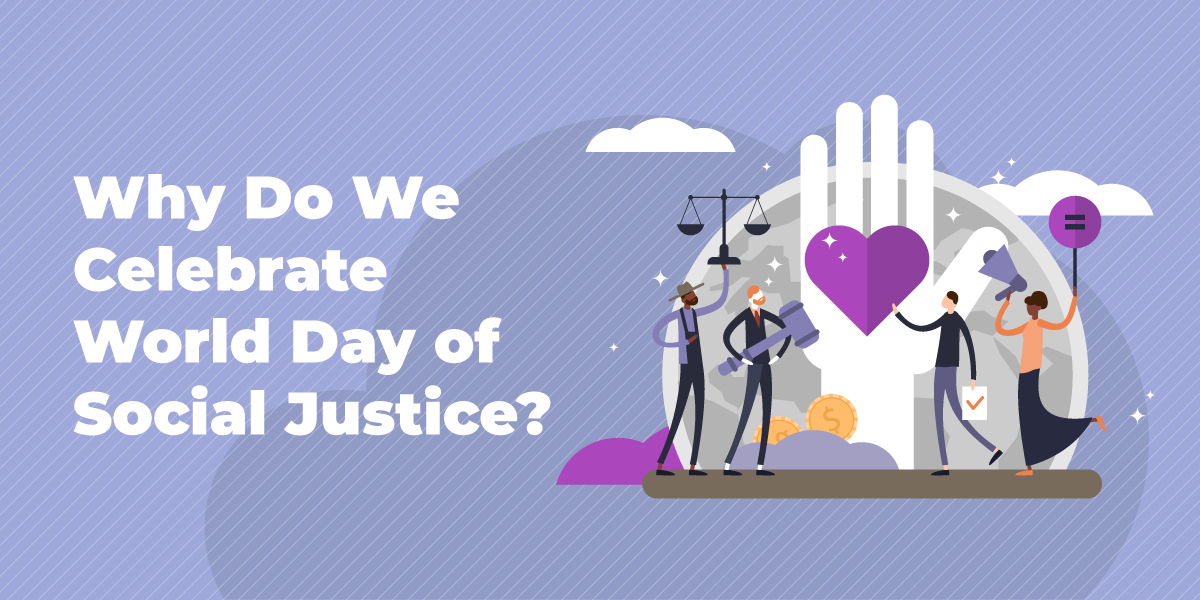 Why Do We Celebrate World Day of Social Justice?

Every year on February 20th, people worldwide observe a significant day known as the World Day of Social Justice. As the name suggests, this United Nations day of observance sheds light on the need “to search for solutions to achieve sustainable development, poverty eradication, the promotion of full employment and decent work, universal social protection, gender equality and access to social well-being and justice for all.”

One of the most commonly recognized social justice issues is homelessness. According to findings from Yale University, approximately 2% (approximately 150 million people) of the global population is living in poverty. That number is quite staggering, especially when we take a closer look at Honduras, where nearly half of the overall population lives below the poverty line.

What is World Social Justice Day?

World Day of Social Justice aims to create awareness for the extreme lack of equality in social justice, from poverty crises that plague every nation to the wage gaps between genders and other human rights issues.

By focusing on social justice reform and its impact on decreasing these inequality levels, World Day of Social Justice is all about education. The goal is to spread the news and share information about the various social justice issues that still need addressing globally. 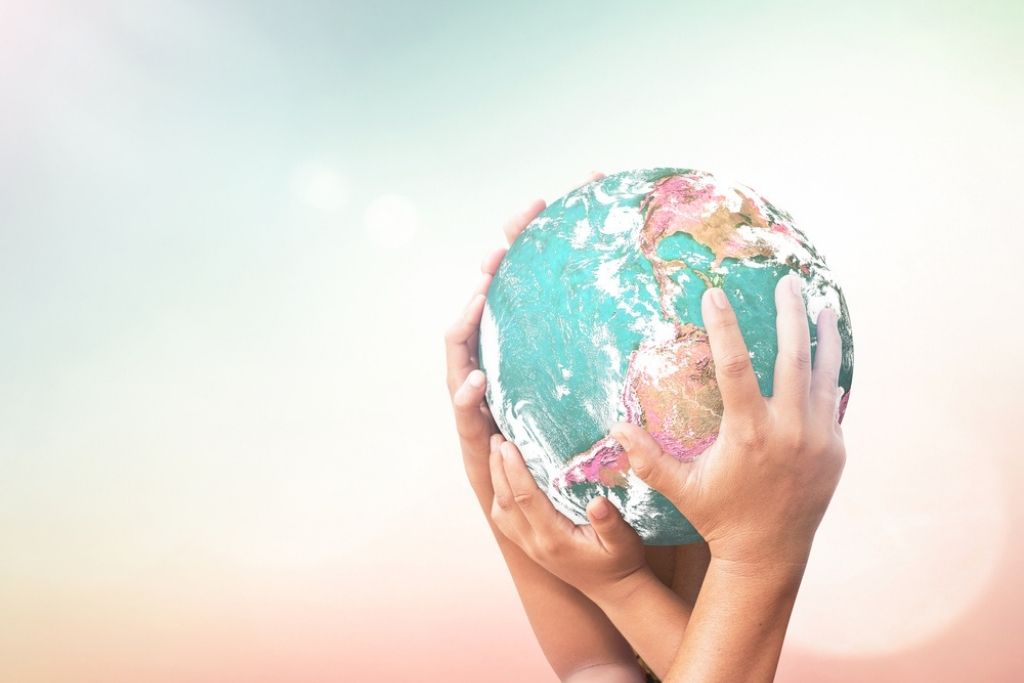 How is World Day of Social Justice Celebrated?

Though it is not an official holiday, people and organizations worldwide recognize this holiday as a global day of observance, celebrating simultaneously on February 20th each year.

Due to the COVID-19 global pandemic, this years’ celebration for the World Day of Social Justice calls for an intimate look into the realm of the digital economy. As we all know, when the global pandemic hit, it forced everyone, from average Joe’s to CEO’s, to rethink the way the world does everything.  Among the most significant pivots from the pandemic was how businesses moved forward and education took place.

Those who were fortunate enough not to be on the front lines of this pandemic needed to begin working remotely without notice, and parents became teachers for students who needed to continue their education from home. But millions of children around the world who didn’t have access to a cell phone, computer, or the internet were unable to continue learning in a school environment. The same goes for those in the workforce, where a growing digital divide impacts the impoverished in both developed and developing worlds.

Honduras, which has been severely impacted by the COVID-19 pandemic, now faces a growing homeless population on top of those who already lived below the poverty line. According to The Borgen Project, “In regard to the COVID-19 pandemic, Honduras’ government has taken steps to aid the country’s citizens. Food and personal-protection equipment has been delivered to around 3.2 million Hondurans. The homeless, however, cannot receive these door-to-door staples because they do not have doors to knock upon.” The growing divide for resources, digital or otherwise, is more evident now than ever before.

The Significance of World Social Justice Day at Our Little Roses 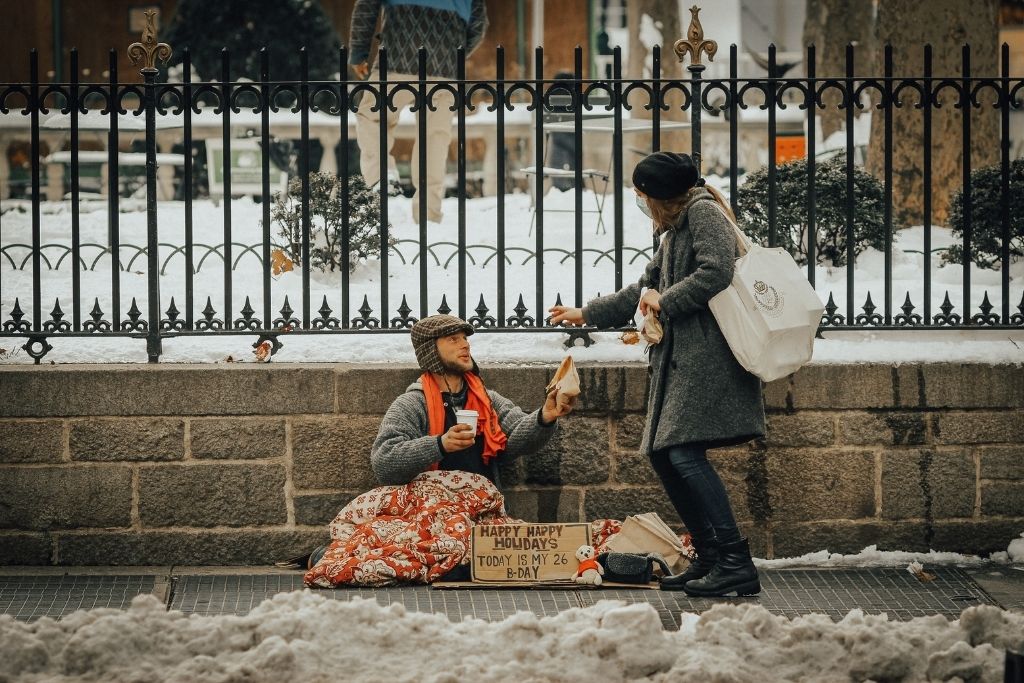 At Our Little Roses, our organization’s purpose is to help heal the social justice issues that young girls face in Honduras by providing a safe and supportive environment where they can get a quality education. The girls at OLR have secure housing, food, schooling, enrichment activities, and a group of dedicated people who care for them and help them reach their full potential.

Thankfully, through our donors’ support, the girls at Our Little Roses have received the tools and knowledge to become empowered, successful women even through this global crisis where we have had to pivot to online learning. They also become equipped to make a difference in their communities and help break the cycle of poverty and inequality for other girls.

With social justice reform at the forefront of what we do, the World Day of Social Justice is incredibly significant to our community.

The Origin of Our Little Rose’s Name

Have you ever wondered how the name “Our Little Roses” came to be? It just so happens that Dr. Rosa Judith Cisneros was an integral inspiration in the naming of our Honduras-based organization. A female activist and devout member of the Episcopal Church from El Salvador, Rosa Cisneros devoted her life to fighting for social justice reform and human rights, specifically for women and the poor.

As a lifelong advocate for silenced people subjected to adversity due to inequality, Cisneros used her skills as a lawyer to speak out against injustice. The world was devastated by her brutal murder in 1981, which happened in broad daylight and was witnessed by her own mother. Rosa was just 45 years old.

More specifically, Cisneros was assassinated because people in power felt threatened by her activism. It was not uncommon for activists to be assassinated during this time in El Salvador, seeing as the country was in the midst of the Salvadoran Civil War.

Those in power viewed activists as causing unrest in an already unstable country, so there were many murders carried out to maintain control. We hope the name of our ministry, “Nuestras Pequeñas Rosas” (“Our Little Roses” in English), can in some way honor Dr. Cisneros’ work and ensure her legacy lives on forever.

Our Founder, Dr. Diana Dillenberger Frade, renowned for her work of empowering girls in Honduras, reflected on her inspiration for starting Our Little Roses Ministries in San Pedro Sula in 1988.

“In the early 1980s, when Nuestras Pequeñas Rosas was still forming in my heart, I was influenced by many things. The voices of women like Rosa Cisneros, who was killed at just 45 years old for her work to empower women in El Salvador, Sister Maria Rosa, who was instrumental in bringing the S.O.S. Children’s Village to Honduras, Mother Theresa, Mother Mary, and so many more helped inspire me to take the leap of faith needed to start this ministry. I knew it wouldn’t be easy, and so I leaned on their example of courage and strength. I knew in my heart that the girls I saw abandoned and abused, living on the streets of Honduras deserved more. I knew that each of them, as a child of God, had the potential to grow to be a strong, educated, independent woman if given the chance. Now, over thirty years later, I know that to be true, and I am proud of every “rose” in our family. Our graduates are living proof – they are wonderful mothers, wives, teachers, doctors, social workers, and so much more. No matter the profession, each girl is instilled with a strong sense of family that has come from growing up in an atmosphere of love and respect.”

The Lasting Impact of Rosa Cisneros of El Salvador

Rosa Cisneros’ work is a powerful example of social justice reform. She made it her duty to use her education and her passion to fight for the rights of the people of El Salvador and worldwide.

At Our Little Roses, we take inspiration from Rosa Cisneros, knowing that our goal of transforming the lives of the girls in our care through education and love will create a ripple effect.  We know that educated women are the key to social change in their own communities and throughout the world.

Rosa received the John Nevin Sayre award of the Episcopal Peace Fellowship posthumously in 1985. Just as Rosa’s faith inspired her work, our ministry is based on the Christian belief that every human being is made in the image of God and deserves to be treated with respect and dignity. On World Day of Social Justice, we stand in solidarity and prayer for people worldwide who are in dire need of justice in their communities.

How to Get Involved with Our Little Roses

If you would like to be a part of Our Little Roses’ mission in Honduras, we would love to have you join our family of supporters. Whether you decide to donate every month or you prefer to sign up for a one-time donation, your selflessness and kindness are much appreciated and make a world of difference to the girls.

Our sponsorship program allows you to join others and become a life-line for one of our “roses.” As a sponsor, your contribution offers ongoing support for providing tuition (including primary, secondary, and post-secondary education), school supplies, art supplies, ESL classes, and so much more. For more information about becoming a sponsor, please visit our informational page.